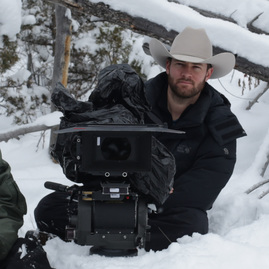 Will Turner is an Emmy award winning Director of Photography and published stills photographer. He has cultivated a large body of work ranging from features to short films, music videos, and national commercials.

His resume includes seventeen feature-length films and numerous shorts, documentaries, music videos, and national advertisements. He most notably was the director of photography for Ted Kotcheff’s "Fearless", as well as “Almost Paris”, Domenica Cameron-Scorsese’s debut feature film which premiered at the Tribeca Film Festival in April of 2016. He has filmed nationally-broadcast commercials for both Virgin America and Virgin Racing with Sir Richard Branson, Milkbone, Marriott International, General Electric, and Adidas, among many more. Recently, his spot for Smith and Ford Hardcider, distributed by Thrillist, amassed over 100 million views. FKH8’s high-profile online viral campaign for equality was an online sensation that generated hundreds of thousands of dollars in sales for charity. His work has been presented at the United Nations, broadcast nationwide on ESPN, and seen by millions worldwide on the web.

Will enjoys working within a breadth of styles and genres, as well as a variety of different environments. He shot the western feature “Any Bullet Will Do” in Montana during the winter, followed by Tariq Nasheed’s documentary feature “1804: The Hidden History of Haiti” which was filmed on location in Haiti. He was also thrilled to shoot Ryan Turner’s sci-fi short “A Date in 2025”, a futuristic story about robotics and their impact on human interpersonal relationships. Will thrives on the adventure and diversity his career has enabled him to experience.

On set, Will has been commended for his professionalism, his calm demeanor and his respect for his fellow artists and crew. Will approaches storytelling as a collaboration, and enjoys the camaraderie of the filmmaking process.